With over 10 years’ experience and boasting an impressive client list, Payback is the only band you need to rock your party, wedding or corporate event when keeping the dance-floor filled all night long is a priority.

Payback are the perfect band to add some extra magic to your special day with our huge music repertoire of Soul, Disco and Club-Classics 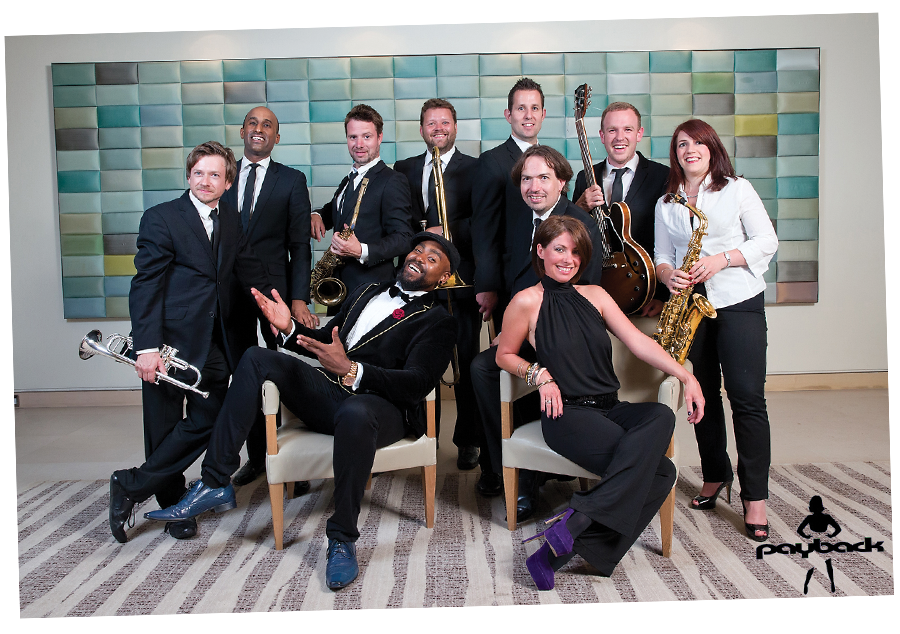 Payback have an extensive repertoire ranging from 60’s Soul to modern day club-classics and everything in-between too!

Payback was formed in 2000 by a tight-knit group of friends, all busy in the music industry.

This collective spirit has been a key factor in Payback becoming one of the most successful party bands over the last decade or so and forms the basis of their fantastically slick performances and incredible on-stage chemistry.

Payback the band comprises a rock-solid rhythm section, a pumping horn section and is fronted by two charismatic, sexy singers – Jason and Julia.

Payback is brimming with musical talent and members of the band have successful careers in the music industry. Band members have performed and recorded with the likes of Celine Dion, Michael Ball, Barry Manilow, Seal and Cliff Richard, to name but a few. Members are in demand for session work, West End shows and tours.

Payback as a band have also had the pleasure of backing Girls Aloud, Phil Manzanera and Kerry Katona as well as appearing on the same bill as Atomic Kitten and Jimmy Carr